“West Side Story”: The evolution of a classic

“West Side Story”: The evolution of a classic

On a cool January night in New York City, I made my way to The Broadway Theatre to see a preview performance of Ivo Van Hove and Anne Teresa De Keersmaeker’s re-envisioning of the landmark musical “West Side Story.” As the hour drew closer to eight inside the packed house, the tension was palpable. How was the show we loved about to change?

Most Americans know “West Side Story” whether they know it or not; its music, language, imagery, and perhaps most of all its choreography have traversed the bounds of theater to pervade the culture’s collective consciousness. The creative team behind the 2020 Broadway revival was granted unprecedented permission to make changes, including the removal of songs and the replacement of the show’s choreography, which sent a ripple of astonishment through the theater community. But many are excited for the metamorphosis.

“Art is not meant to be preserved in amber; it’s meant to be engaged with in its most visceral way,” says Isaac Powell, a 2017 graduate of the School of Drama who stars as Tony in the new revival. “I have to be cognizant of the fact that we’re not trying to do it the way that it’s always been done. There was definitely a process of unlearning what I thought I knew about ‘West Side Story,’ and exploring what it really is beyond my impression of it. We did all of that labor of forgetting what we knew about the show, and now it’s the audience’s turn to do their bit of this imaginative labor, engaging with it in a way that they never have before.”

Art is not meant to be preserved in amber… I have to be cognizant of the fact that we’re not trying to do it the way that it’s always been done.

Powell spent his high school senior year and four years of college at UNCSA. “Those were some of the most magical years of my life,” Powell recalls. “Some of the biggest learning and growing experiences I’ve ever had happened there. The training was extraordinary, and it’s the only reason that I’m able to do any of the things that I’m doing right now.” 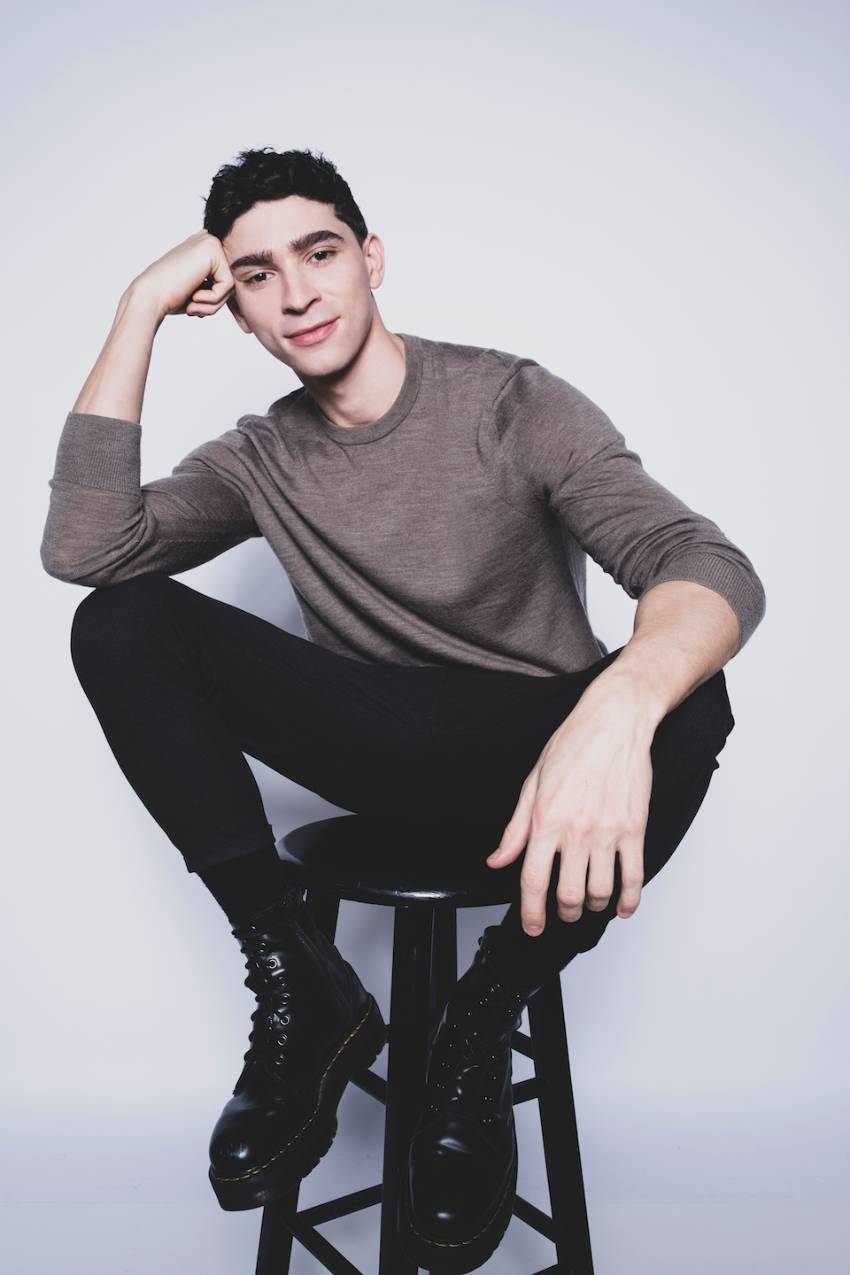 Powell is now part of the history of a worldwide phenomenon that took hold 63 years ago. He sees powerful parallels between this new revival and the show’s premiere in 1957: “This must be what it felt like then for that first audience to see ‘West Side Story,’ because for their time it wasn’t a period piece; it was contemporary, it was edgy. So I think it’s probably every bit as exciting and confusing and challenging for audiences right now as it was then.”

UNCSA has a long history with “West Side Story.” Gerald Freedman, a legend of the American theater who was dean emeritus of the School of Drama, passed away on March 17, 2020 at the age of 92. Early on in Freedman’s epic career, he assistant directed the original production of “West Side Story” for Jerome Robbins, who conceived, directed and choreographed the show. Freedman co-directed the 1980 revival with Robbins, and directed numerous productions of the musical around the world, including his 2007 all-school production at UNCSA, which featured stars on the rise like Dane DeHaan, Anna Wood, Billy Magnussen, Paloma Garcia-Lee and Wesley Taylor (who is now Isaac Powell’s fiancé). 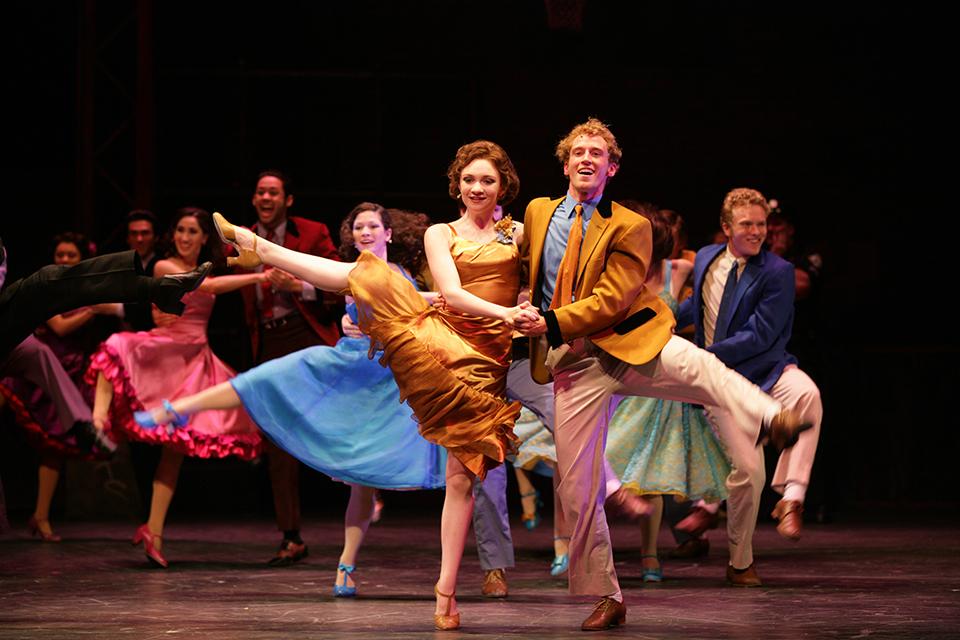 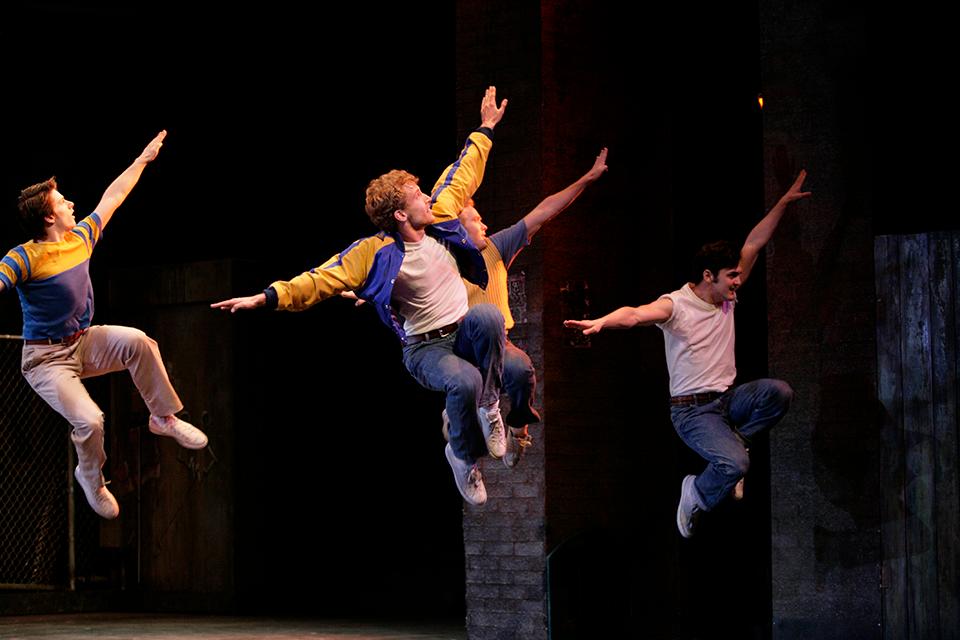 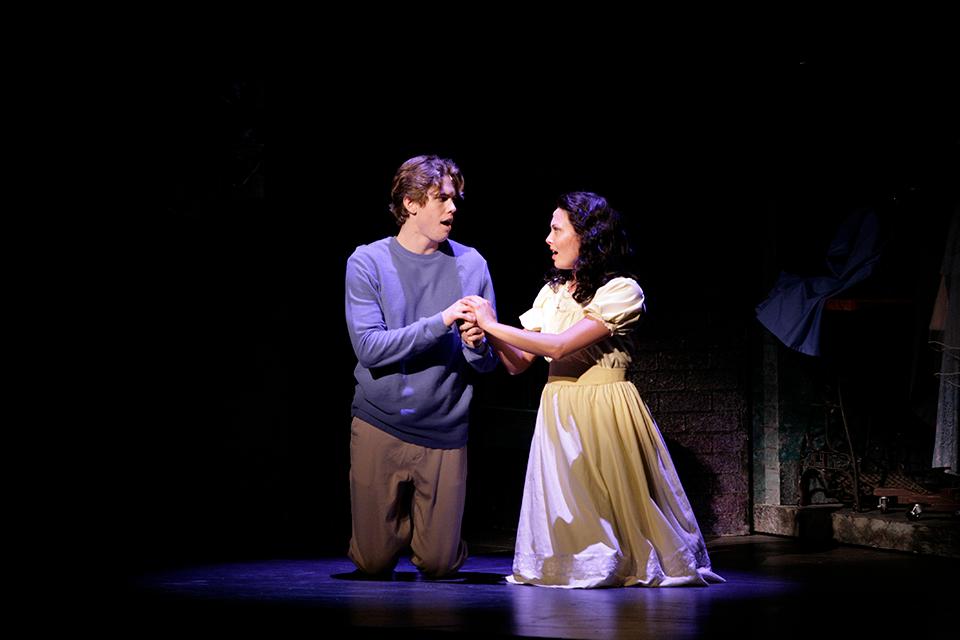 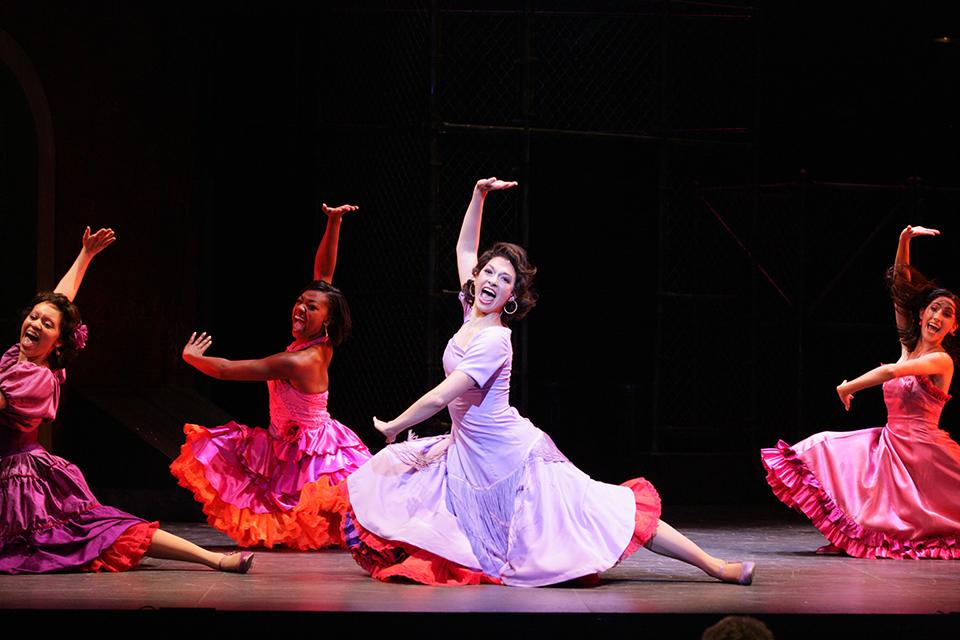 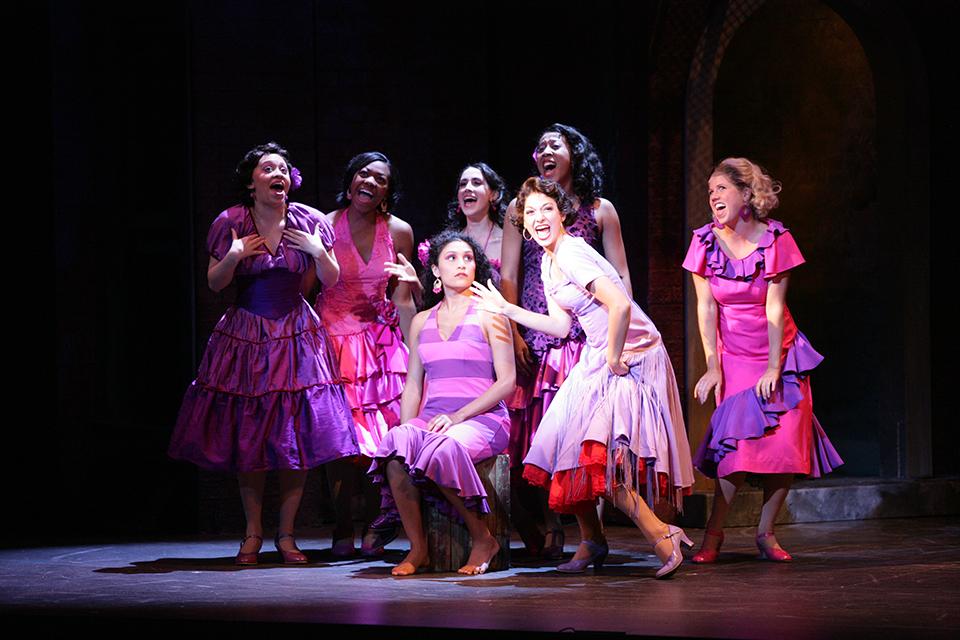 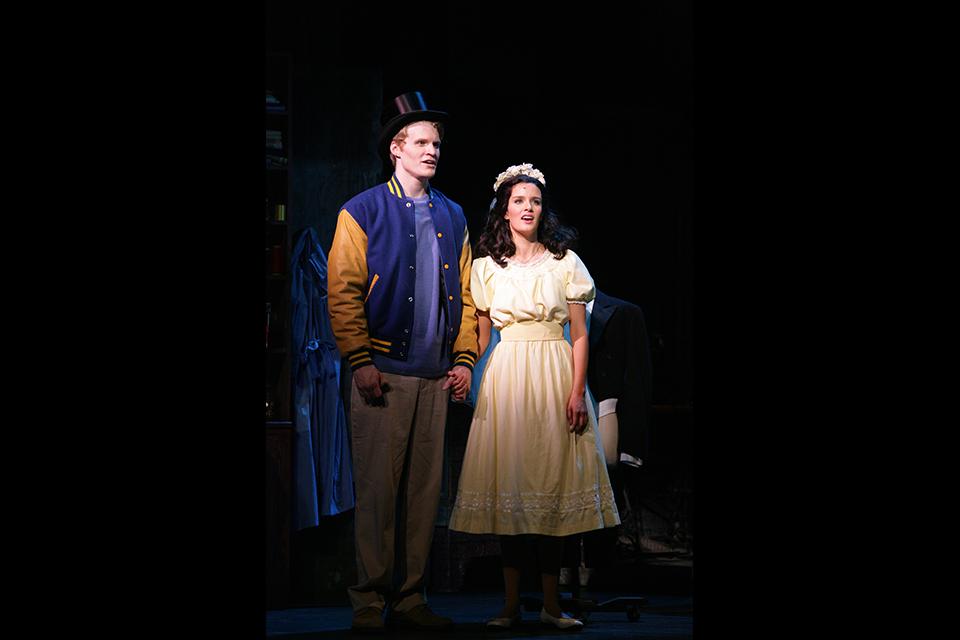 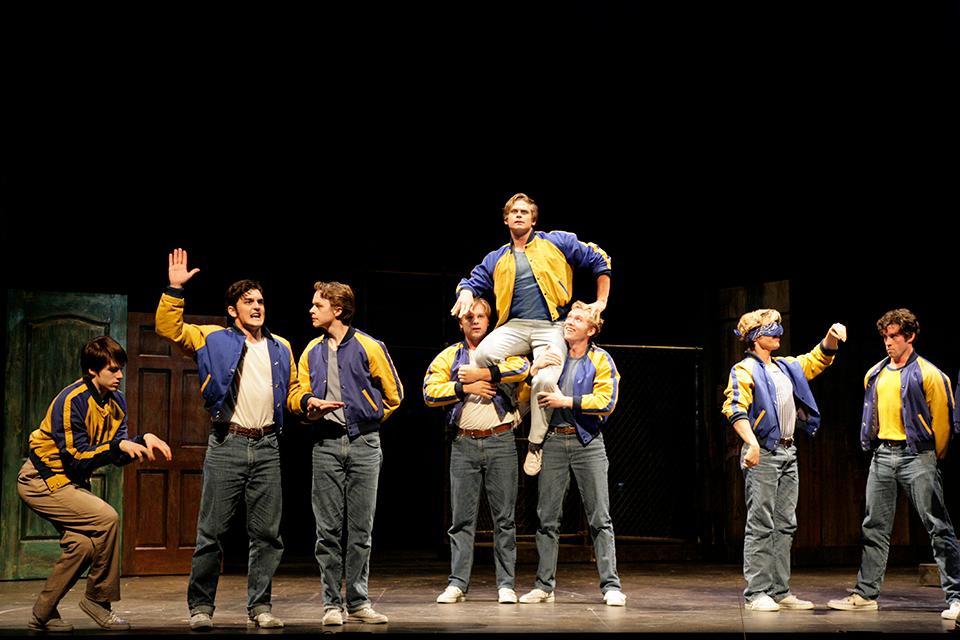 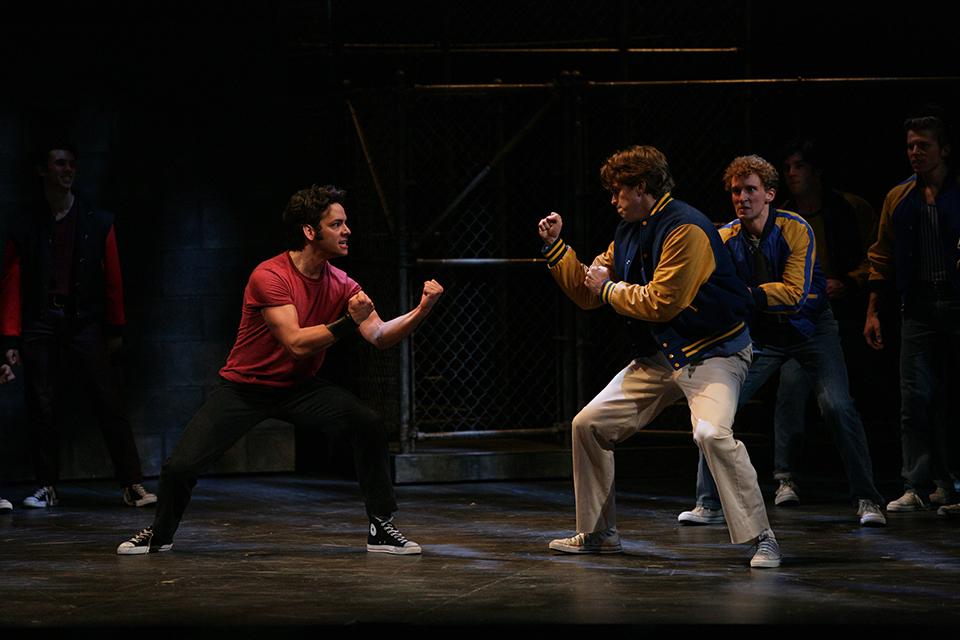 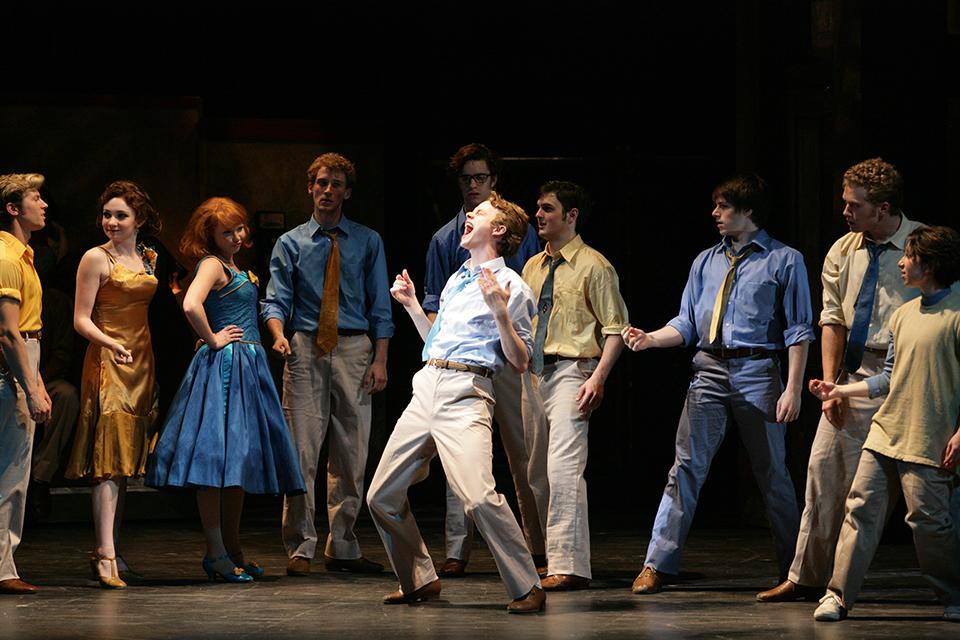 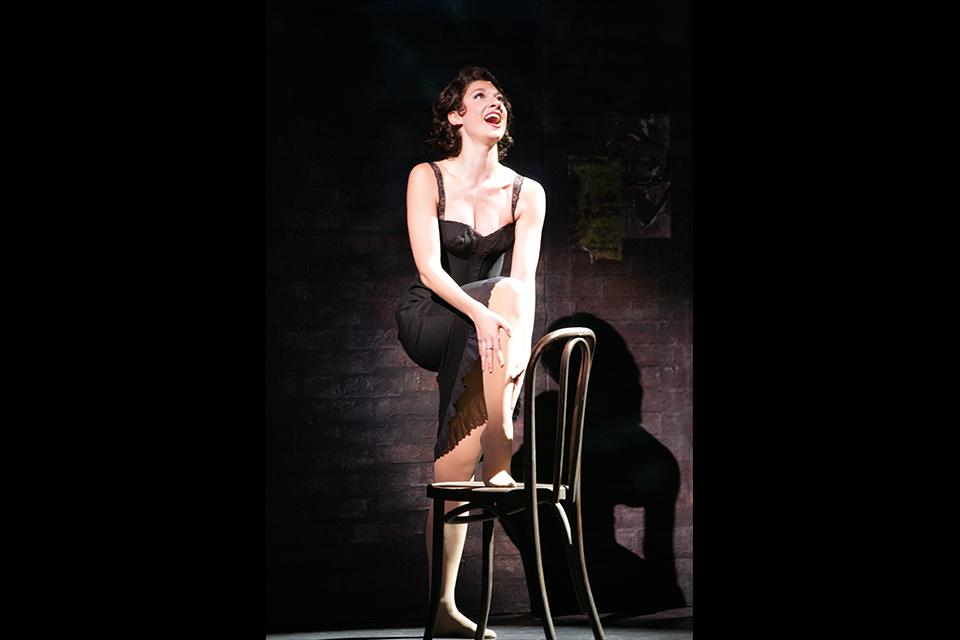 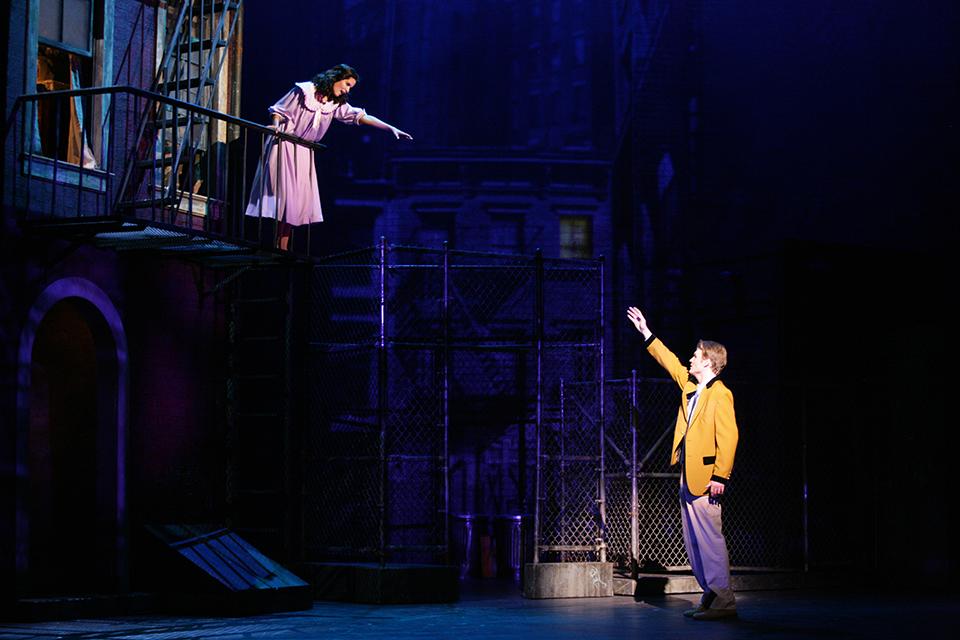 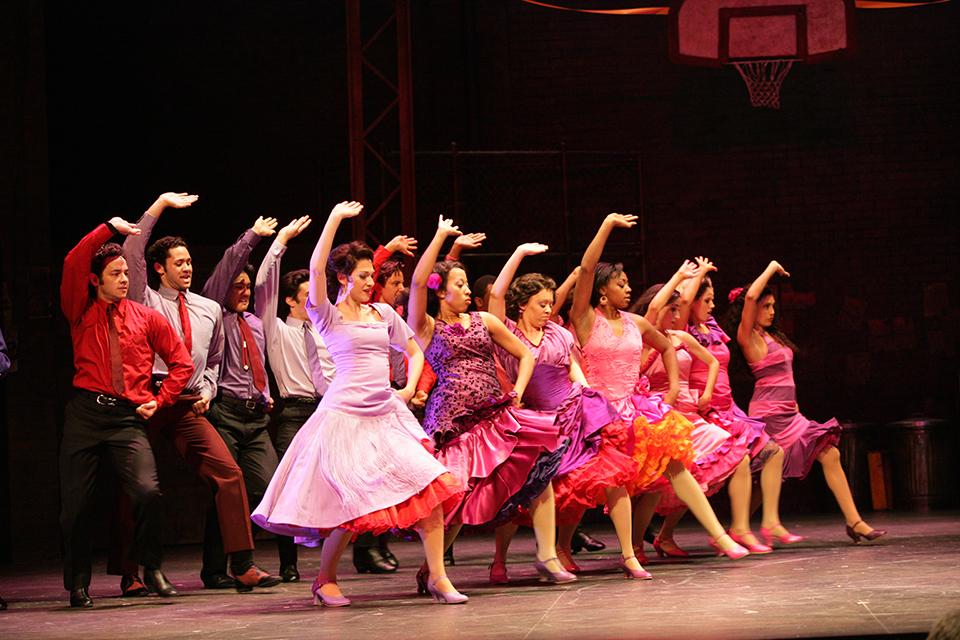 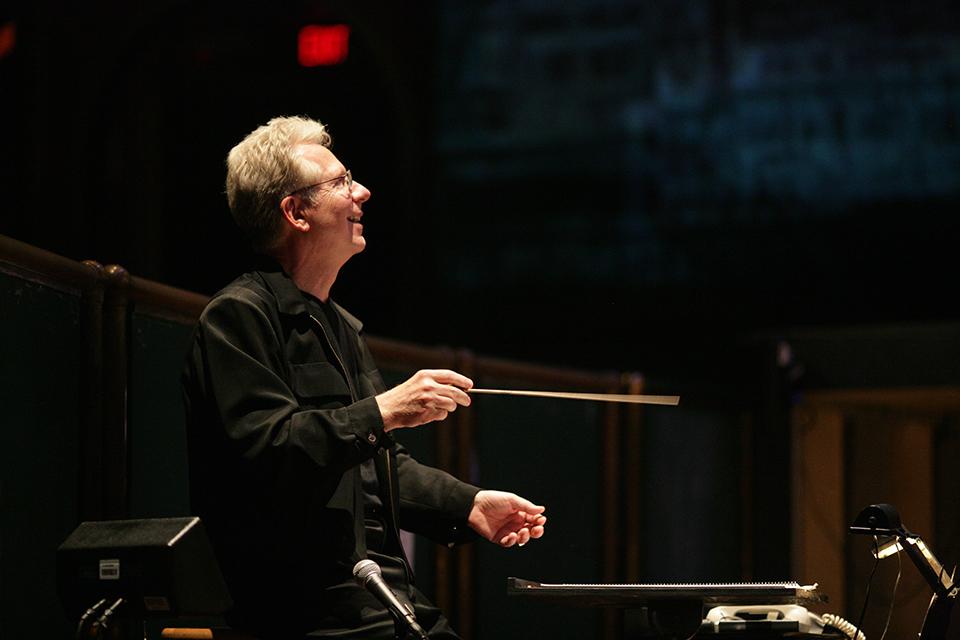 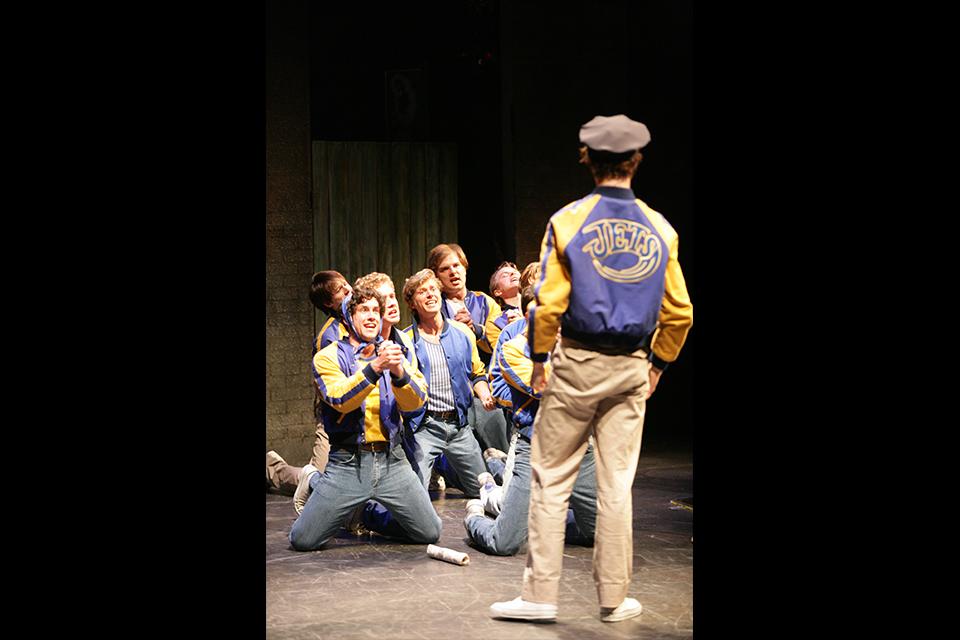 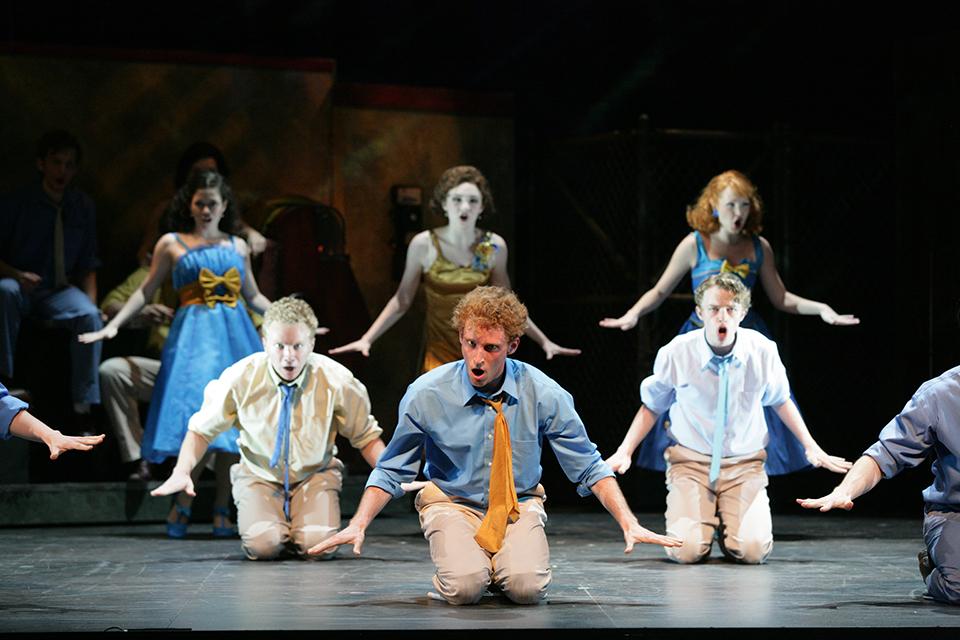 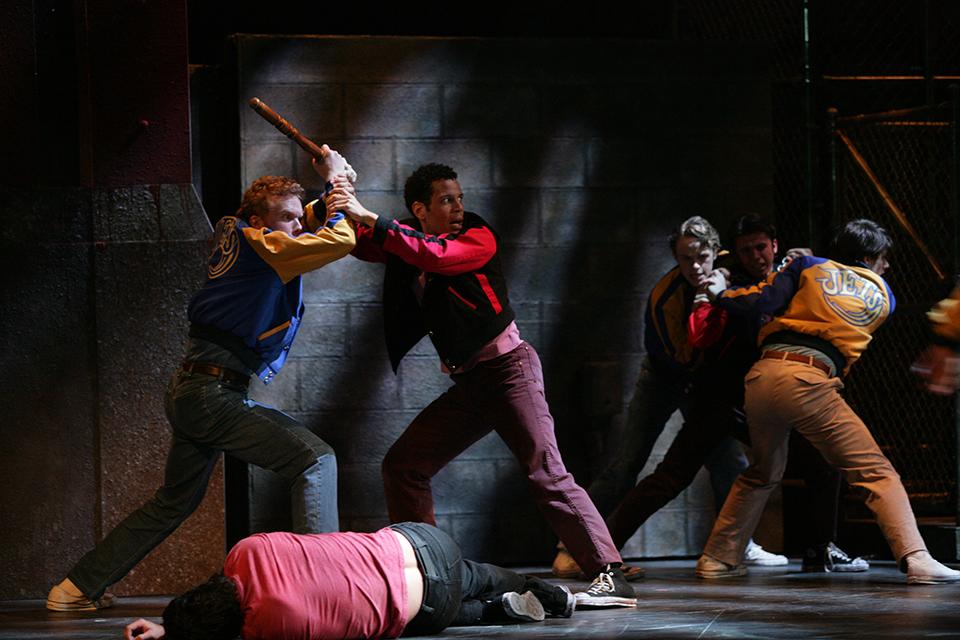 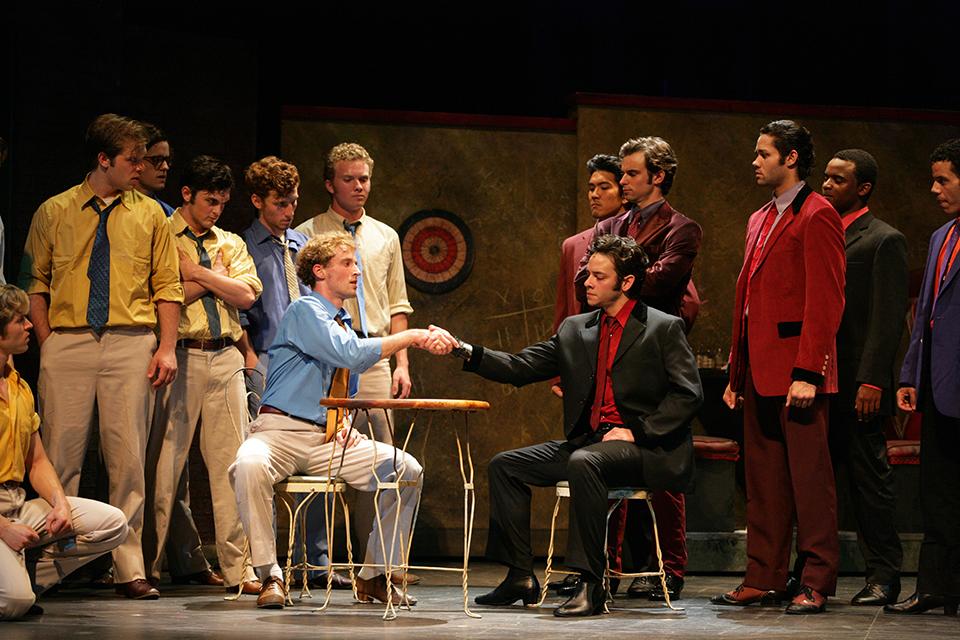 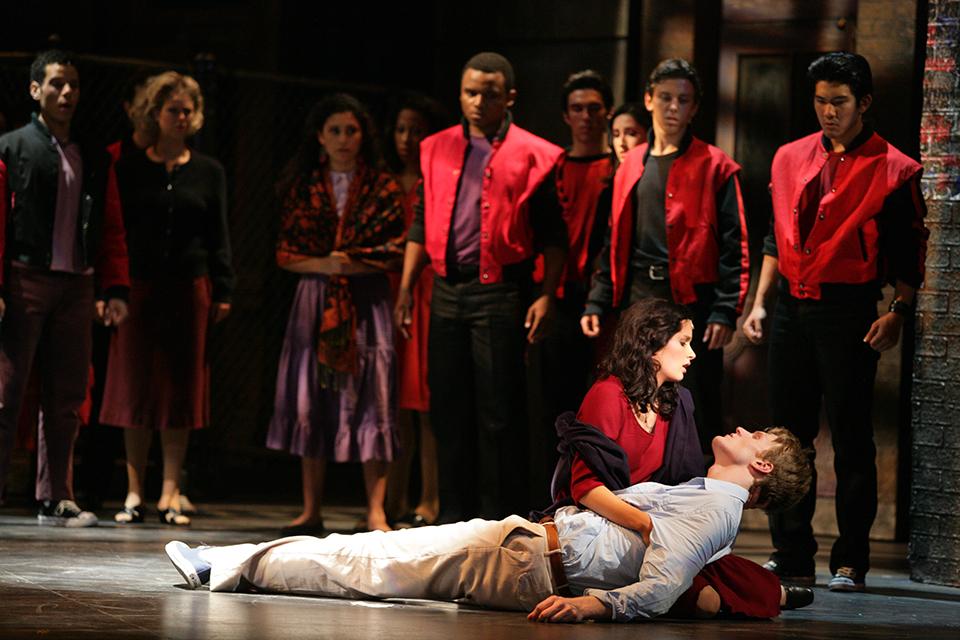 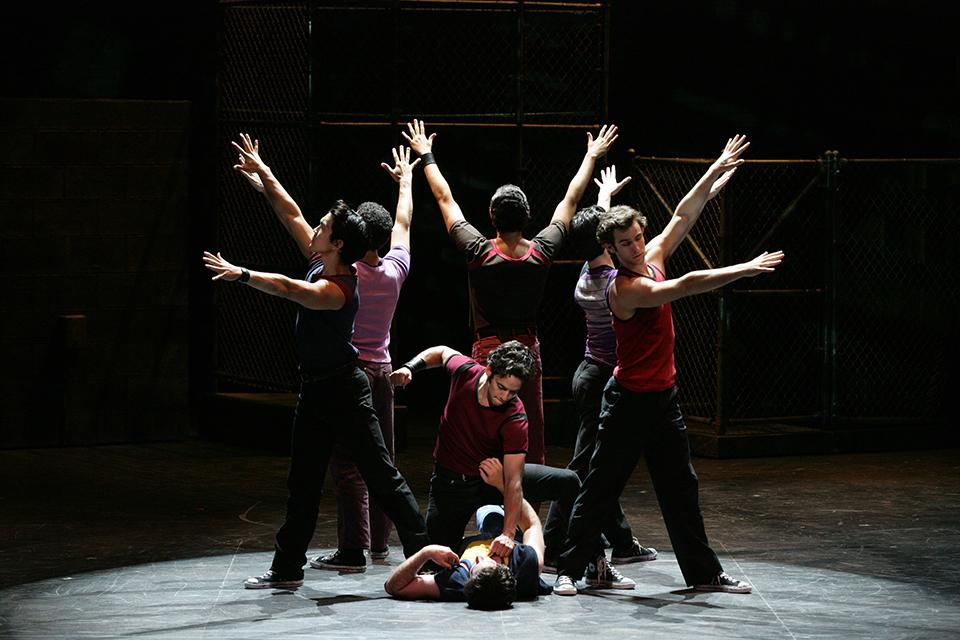 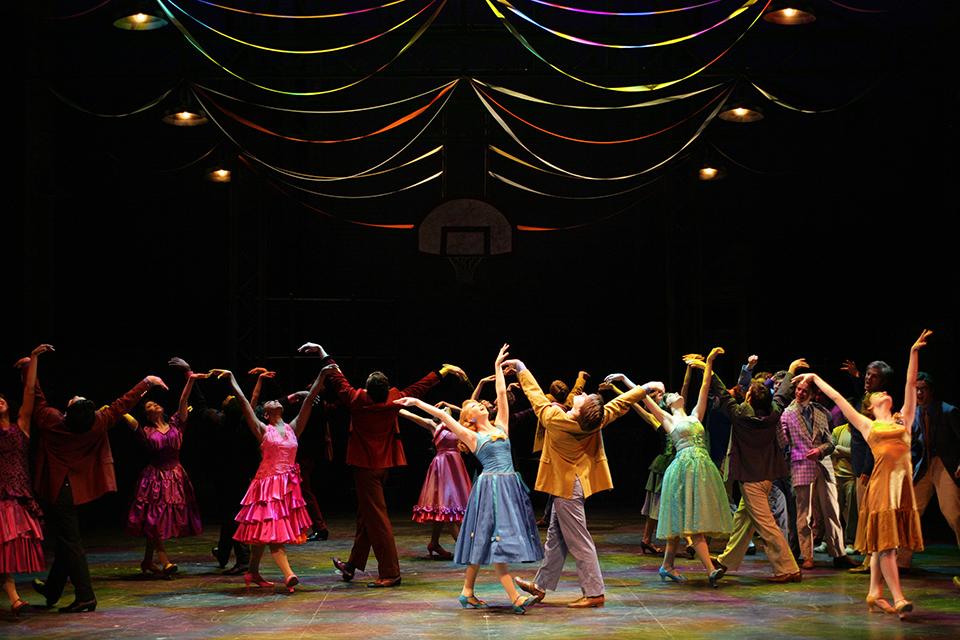 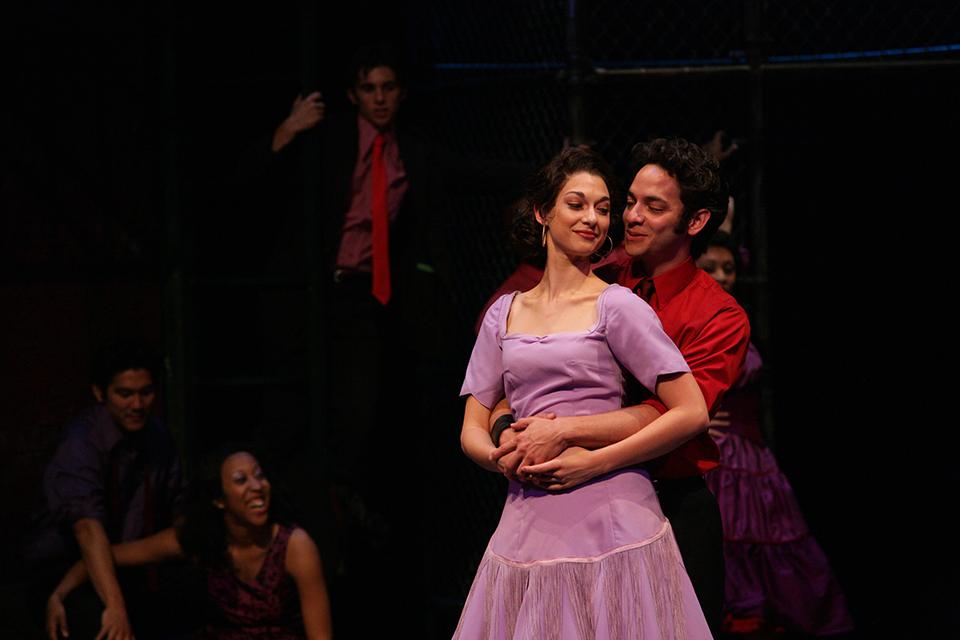 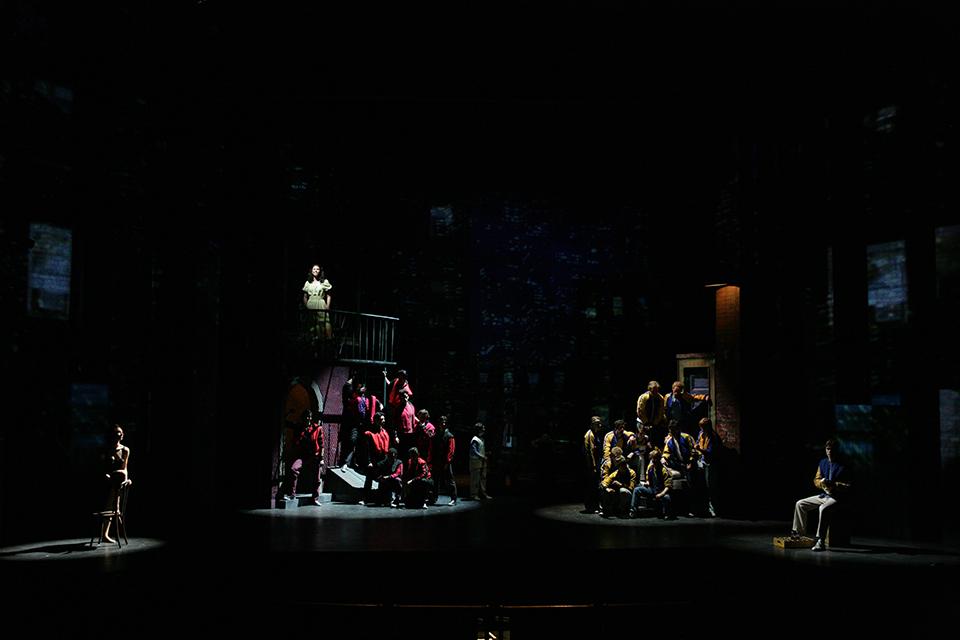 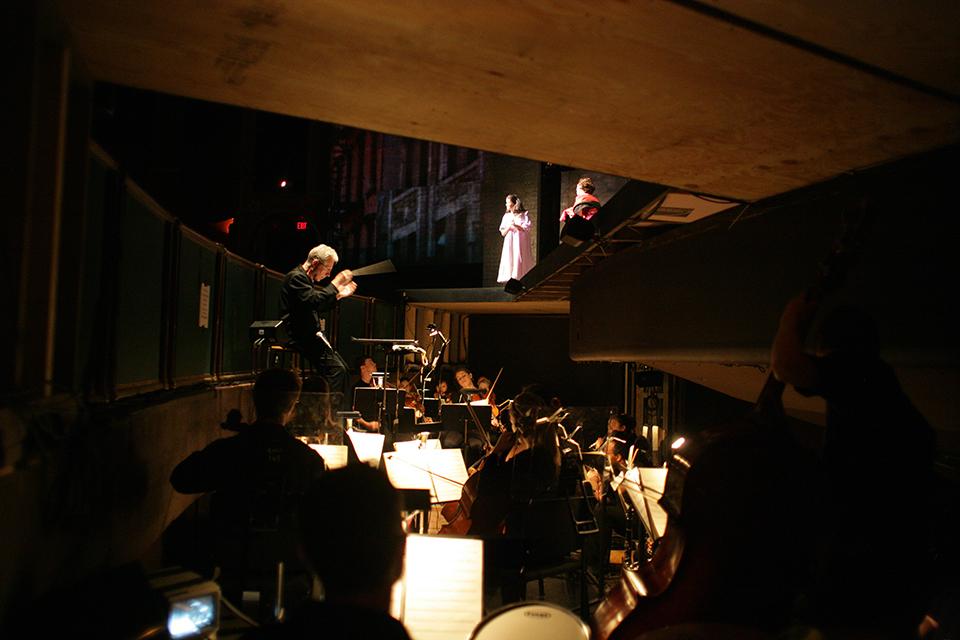 SEE BEHIND THE SCENES PRODUCTION PHOTOS

The 1961 film version of “West Side Story” has long reigned as the world’s iconic representation of the masterpiece. But that may be about to change. Dec. 18, 2020 marks the release of a new film version directed by Steven Spielberg, with an updated screenplay by Tony Kushner, featuring UNCSA alumna Paloma Garcia-Lee as Graziella.

Garcia-Lee played Graziella in Freedman’s production at UNCSA. At the time, she was a sophomore in the high school ballet program, but her ambitions leapt beyond the world of dance. “I was very daring, and Gerald recognized that in me from the beginning. Gerald had an ability to clearly communicate what he wants from you, and what he wants in a scene, while also allowing room for the people within the scene and within the world to remain authentic to the choices they’re bringing forward. Approaching the role in the movie, and working on new text with Tony Kushner, and under Steven, I thought of things that Gerald had opened up in me then, and they served me now.”

While Garcia-Lee must remain tight-lipped about the specifics, it seems that Spielberg and Kushner are not veering away from the musical’s origins, but rather diving deeper into them. “That was a huge thing that Steven and Tony wanted to focus on, real authenticity,” she says. “They really believed there was much more nuance and complexity.” 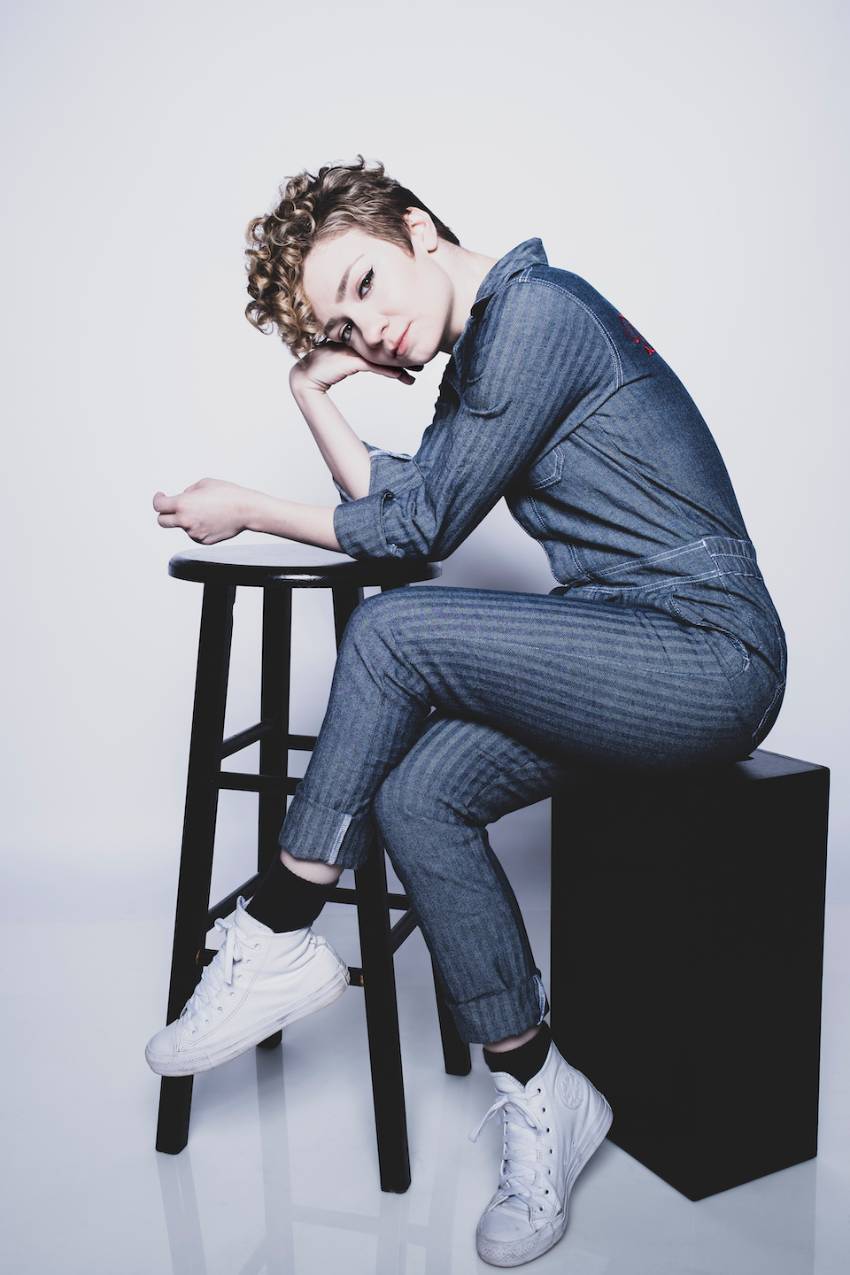 “West Side Story” and UNCSA are in Garcia-Lee’s DNA. Her mother, Teresa “Terri” Garcia, attended the UNCSA School of Dance in the 1970s and went on to perform in numerous professional productions of “West Side Story” herself, as a Shark girl. “Of course it’s fascinating for me to share so much with my mom,” Garcia-Lee says. “It’s a very interesting meld of worlds we’re getting to experience. So those are stories for my kids one day.”

Even as a child—as her mother can attest—Garcia-Lee always believed in manifesting her destiny: “When I was little, I wrote down, ‘I’m gonna do five Broadway shows before I’m 25.’ And I opened my fifth Broadway show just shy of a week before turning 26,” she says. “And when I heard that Steven was remaking ‘West Side Story,’ I wrote down, ‘I’m playing Graziella in Steven Spielberg’s ‘West Side Story.’”

I wrote down, ‘I’m gonna do five Broadway shows before I’m 25.’ And I opened my fifth Broadway show just shy of a week before turning 26.

Inspired by her work with Freedman, Garcia-Lee spent the summer after “West Side Story” studying at a community college so that she could skip her junior year and proceed directly into the UNCSA School of Drama program for high school seniors, headed by alumnus Kelly Maxner. From there she went straight to New York and hasn’t stopped working since.

Isaac Powell has also had a rocketing trajectory since leaving UNCSA. Mere months after graduation, he booked the role of Daniel in the Broadway revival of “Once on This Island.” Less than a year after the final performance, he was back on Broadway as Tony. Powell and Garcia-Lee both lovingly attribute their success to the training they received at UNCSA. But like the classic musical, the classic model of training they received is changing.

The late Gerald Freedman ushered in a golden age at UNCSA’s School of Drama, serving as dean from 1991 to 2012. Freedman passed the torch to Carl Forsman, who led with vigor and brought exciting innovations to the program. While Forsman continues to teach and direct at UNCSA, in 2017 he passed the torch to the current dean: Scott Zigler, who previously served a 20-year tenure as the director of actor training at the American Repertory Theater/Moscow Art Theatre School Institute for Advanced Theater Training at Harvard University.

“We have embraced on-camera work for the actor,” says Zigler, who regularly brings in renowned on-camera acting expert Bob Krakower to work with students. Zigler has also increased the program’s focus on devised work, led by faculty member Andy Paris, a founding member of Tectonic Theater Project. Zigler explains: “I think by embracing on-camera and devising at the same time, it allows us to say, ‘These are both equally valid forms of storytelling that utilize different vocabularies,’ and we want actors who are now equally facile in both vocabularies who can move back and forth seamlessly.”

As the School of Drama curriculum evolves, so too does the student body. There is greater diversity, and a growing awareness of the importance of inclusion. “One of the best ways to create diversity and equity and inclusiveness in the artistic community is by bringing to the fore stories of communities that have not always been able to find a seat at the table,” Zigler says. “I think we see this dynamic playing out right now where there is a lot of push for a greater amount of diversity in the storytelling, in the people who are telling the stories, and the people whose stories are being told.”

While there is much about the performing arts that can and should continue to adapt, there are essential components which are bound to endure. As Zigler puts it, “I believe where we’ll always have great continuity in acting training is in the importance of the training of the physical instrument. I think it’s something that the UNCSA School of Drama has always made a central point of focus, which is why it’s always been such a highly regarded school. I think where change occurs is in the nature of the stories that are being told, and the vocabularies and mechanisms by which stories are being told in modern society, and any school of performance has to keep up on that evolution, I think, to remain relevant to the larger society.”

Change is difficult; we all find comfort in the familiar. Change is also essential; neither growth nor progress can happen without it. Change need not mean a banishment of the past. We can choose to honor that past as we find the way forward.

As the world evolves, so too must art and the training of artists. But beneath the shifting façade of style and articulation, the beating heart of the essential human story endures. Who will tell that story in the future, and how will they choose to tell it? Who knows.